Smolts require access to the fishway (i.e., the fishway must be open and operational) during their downstream migration.  The Maple Hill Dam fishway, Saugeen River, Ontario, should remain open to allow downstream passage of smolts.  It is beneficial to close the fishway to prevent accumulation of debris very early in the spring; however, the fishway should be opened as soon as possible each year, and remain open for as long as possible (i.e., until December).

The benefits of providing downstream passage of fish around the micro-hydro facility may outweigh costs of preventing salmon access to areas upstream from the Maple Hill Dam.

The flashboards at the dam reduce the depth of water flowing over the crest to less than 2 cm in some places.  The most environmentally beneficial operating protocol would include a notch in the dam crest (deeper than the current narrow weir section) to facilitate downstream movement of fish over the Maple Hill dam during periods of known downstream migration (i.e., July/August when river levels are low). 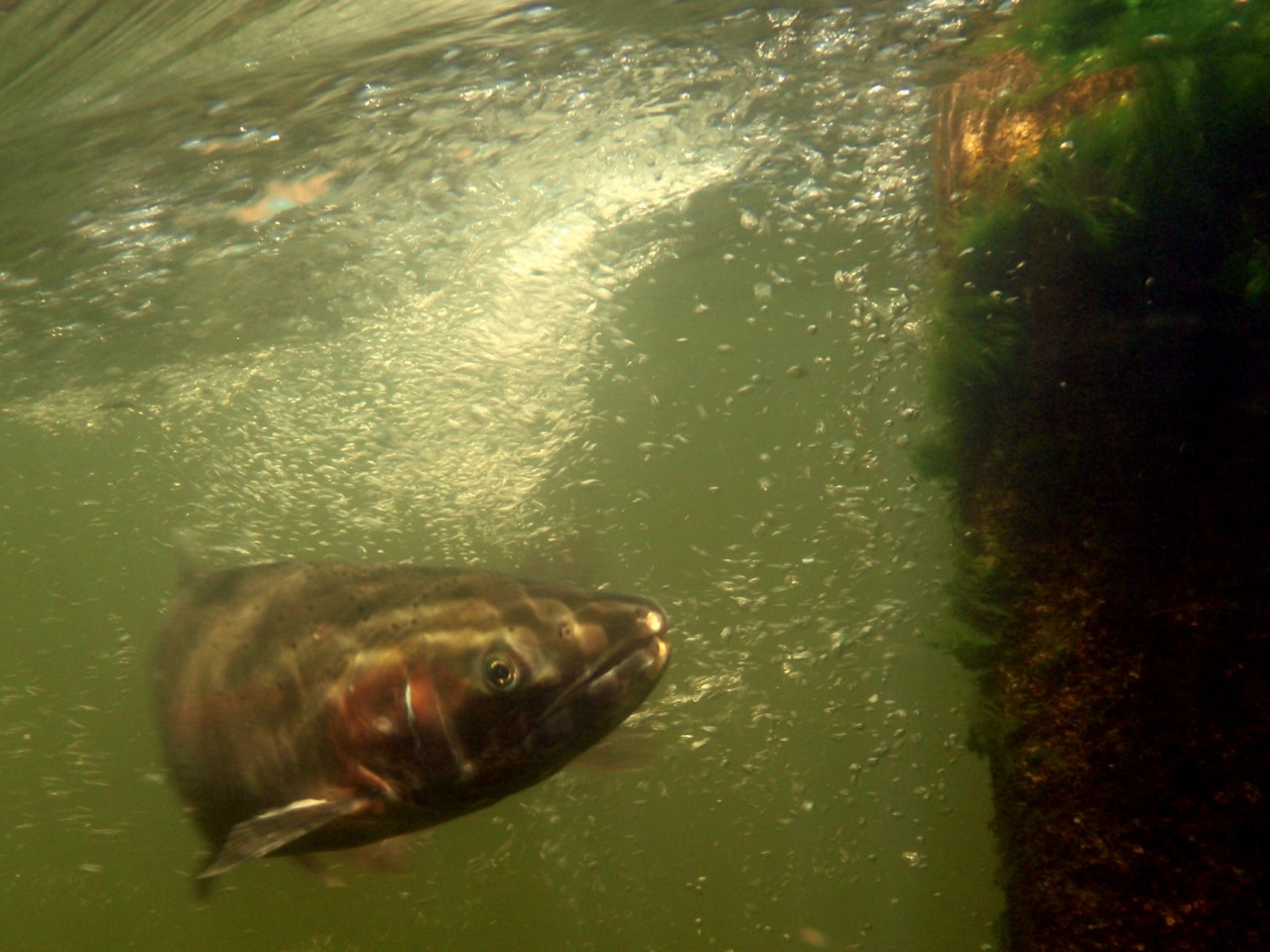 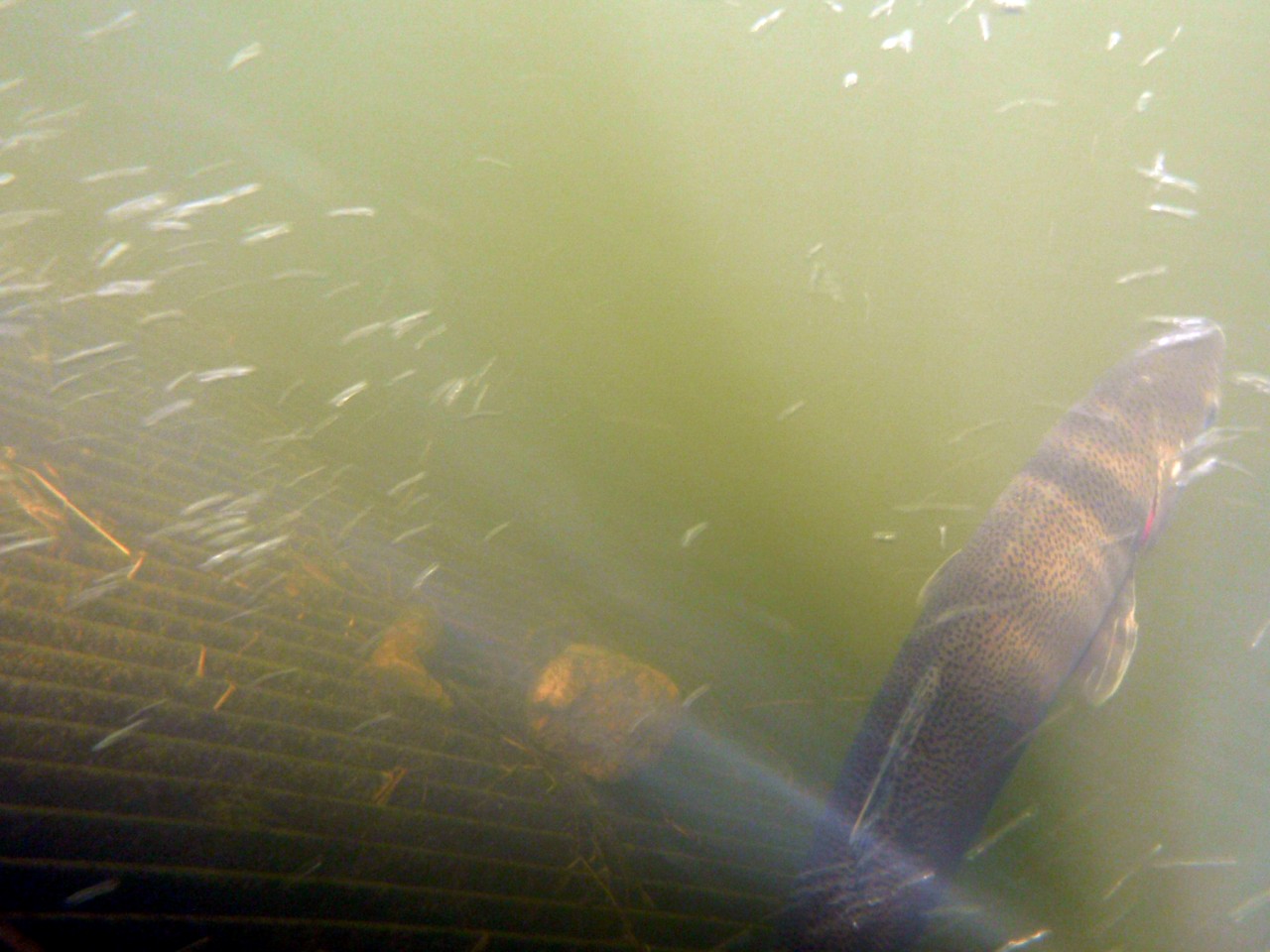 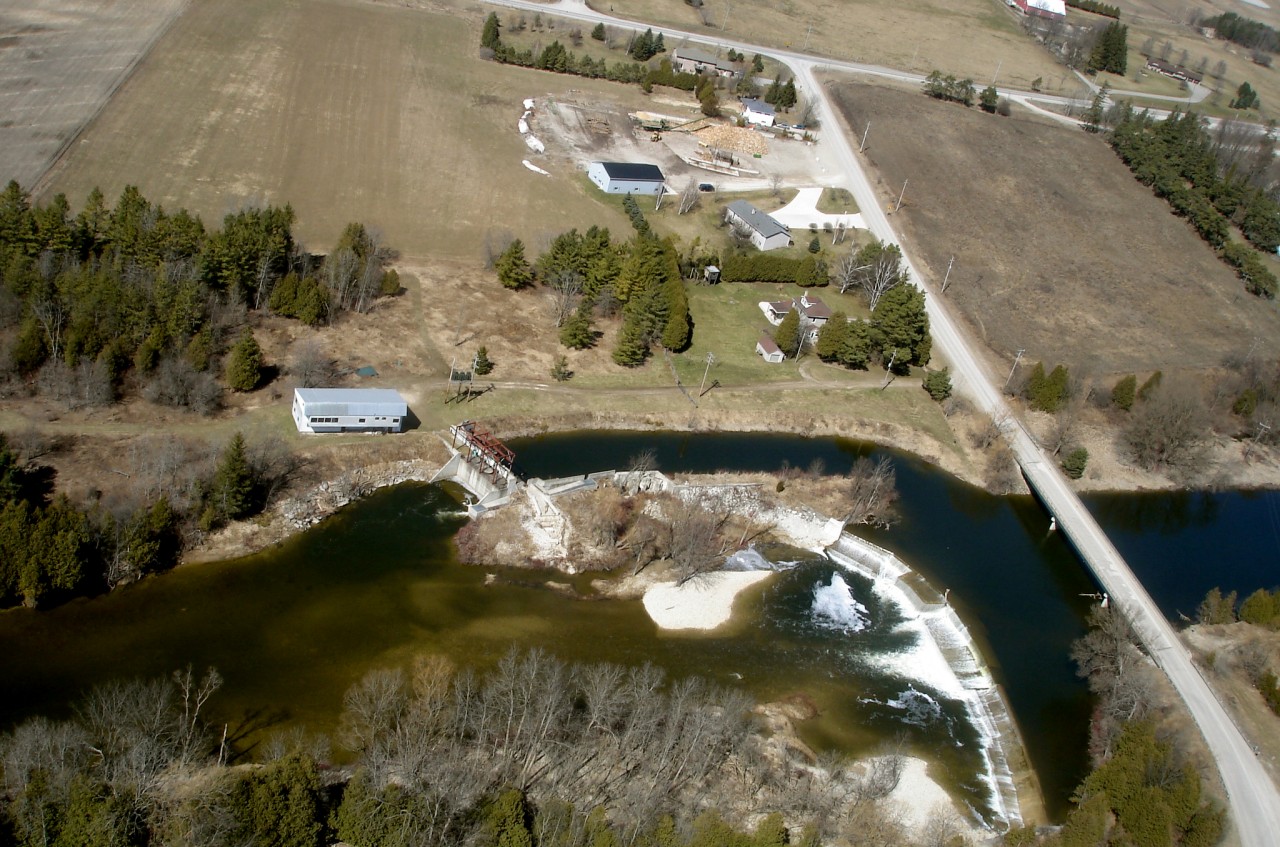