Movement of northern pike from the Grand River in Kitchener, Ontario, Canada to spawning areas in tributary creeks is directly related to reproductive success and production. Limited populations of northern pike exist in the Grand River, although specimens as large as 120 cm have been captured. For several years, we have observed pike congregating below a river barrier in late March in Schneider Creek, Kitchener. We have conducted research at this area since 2004, and in 2006, Biotactic initiated a manual pike lift project to facilitate passage of pre-spawn condition northern pike. In 2006, we used precision angling to capture 8 gravid female and ripe male pike in only 2 hrs. We then carefully transported them upstream from the barrier at the bridge on Old Mill Road. These fish rapidly moved upstream, presumably to spawn. If this project is a success, it will be revealed by significant numbers of spawning condition pike returning to natal spawning areas beginning in about 2008/2009. Until now, no more than 25 pike have been observed in congregations below this barrier. On April 3 2007, we implanted 8 large pike with radiotags and these fish were tracked into spawning areas as far as 7km downstream in the Speed River.

Find other studies related to pike movement at barriers in Ontario here. 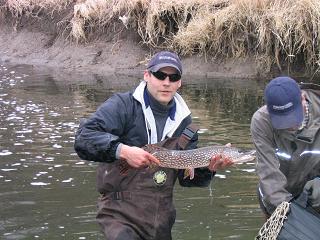 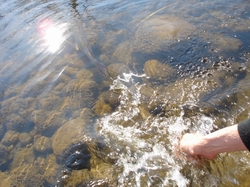 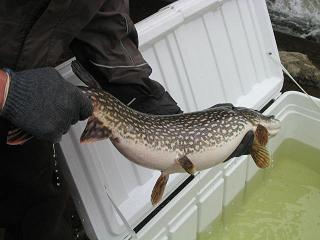 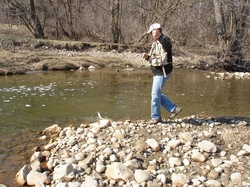 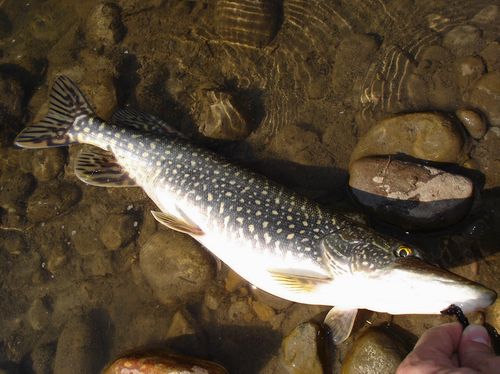 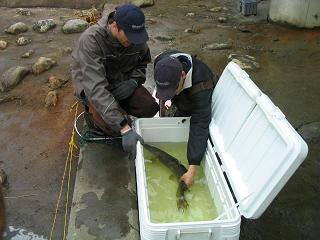 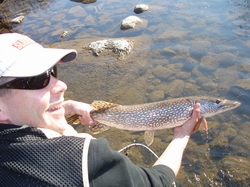