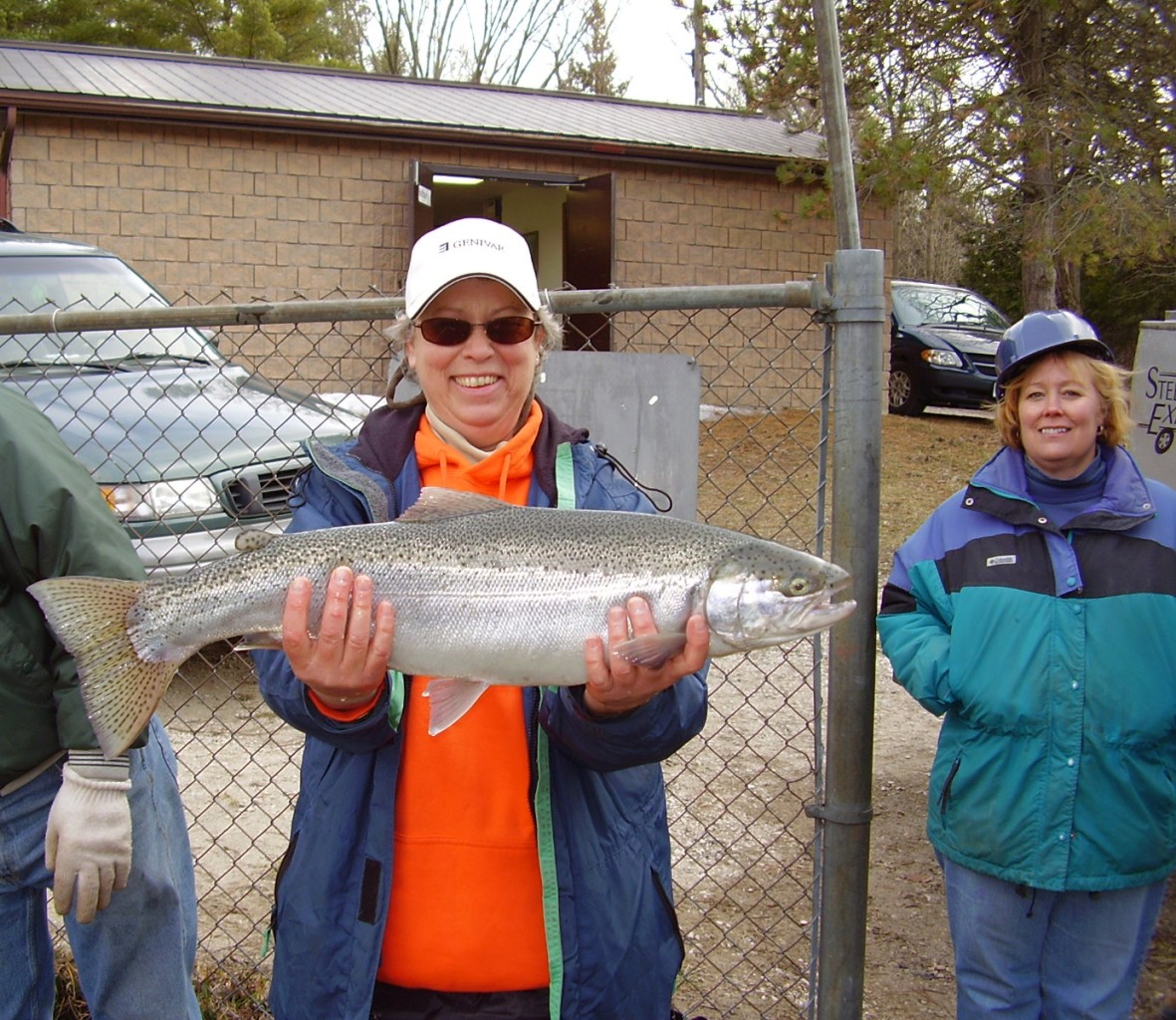 Passage efficiency of radiotagged rainbow trout at the Maple Hill Dam denil fishway, in the Saugeen River, Ontario in 2010 was 20 %.  Based on our professional opinion, coupled with radiotelemetric data and underwater videography, it is highly likely that the measured passage rate of 20 % was a conservative underestimate of the efficiency of the Maple Hill fishway for passing rainbow trout.  It is likely that the true passage rate (passage efficiency) was approximately 40 – 50 % (i.e., double the measured rate).

Upstream migration of rainbow trout in the spring is triggered by increases in river discharge as water temperatures increase above 6-7 ºC.  River flows were exceptionally low in 2010 and this may have negatively affected fish passage at the Maple Hill dam.  April 2010 discharge in the Saugeen River was at summer low flow levels, and it is likely that upstream passage at the Maple Hill fishway would be greater under more typical spring flow conditions.

Rainbow trout spent approximately four (4) days locating and using the fishway.  Much of this time was spent “upstream” from the fishway in the dam tailrace.  The Maple Hill fishway is located near the turbine outflow where fish attraction is greatest; however, some fish entered and remained in the dam spillway for several days.  Since the majority of the Saugeen River flow at Maple Hill dam does not pass over the dam structure, but rather is passed through the turbines, it is likely that outflow from the turbines facilitates conditions that attract fish to the fishway entrance under current conditions.  High discharge events over the Maple Hill dam during the spring would result in increased fish passage if a second fishway were constructed near the dam with its entrance as close to the dam face as possible.